Before you invest time and effort into hypnobirthing, it is natural to be skeptical about whether hypnobirthing techniques actually work or not. I know I was certainly skeptical when I started!

Today, we’ll take a look at what various studies have found, as well as some feedback from various hypnobirthing courses that have surveyed their participants. Whilst it would be great to see more randomized control trials on hypnobirthing, there currently aren’t that many to choose from, and most of them only focus on the effectiveness of hypnosis as pain relief. That is why we will take lots of other evidence into account as well, as hypnobirthing practitioners claim that it is able to help in far more ways than just pain relief.

So, let’s take a look at the evidence…

In 2016, Madden et al. published a Cochrane review and meta-analysis. The review included nine randomized, controlled trials. The way that hypnosis was used varied in each of the trials. For example, in one trial women were asked to use audio tracks to practice at home, and in another, they were only introduced to hypnobirthing once they were in labour.

Despite the inconsistencies between the way hypnosis was used in the groups and the fact that some groups may not have been able to learn hypnobirthing very effectively, the study found that women who received hypnosis were 27% less likely to have any drugs for pain relief.

A randomized controlled trial by Werner et al in 2013 involved 1222 participants who were randomly assigned into a hypnosis group, a relaxation group or a control group that received normal care. The hypnosis and relaxation groups used audio tracks to learn new techniques in three one hour sessions.

At the end of the trial, the researchers found that the hypnosis group reported having significantly better labours than the other groups.

In a review by C A Smith et al, fourteen trials on alternative therapies for pain management during labour were analyzed. The researchers found that women that used self-hypnosis had decreased requirements for pain relief, and they were more satisfied with pain management in their labour.

In 1990, Harmon et al completed a randomized study of women using hypnosis during labour and found that that the hypnosis group used less medication and had higher pain thresholds than the control group.

As well as data from trails, we can also look at data from established hypnobirthing programs such as HypnoBrithing® the Mongan Method. Although the data from programs like this is not as reliable as data from randomized controlled trials, it can still be very interesting.

In a randomized control trial in Florida,  from a group of 42 women, fewer patients in the hypnosis group used anesthesia (10 vs 14), Pitocin (2 vs 6), or postpartum medication (7 vs 11).

In a study by Abramson and Heron from 1950 the labours of 100 women trained in hypnosis were compared to 88 women in a control group. The researchers found a shorter first stage of labour in the hypnosis group by 3.23 hours compared to the control group.

A Greater Chance of a Natural Vaginal Birth

In a study by Harmon, Hynan and Tyre in 1990, 38 women of 45 women who had used Hypnosis for Childbirth delivered their babies without cesarean, forceps, or ventouse. This rate is higher than the average rate of intervention-free births for first-time mothers in the general population.

The results from a survey from mothers that had used the HypnoBirthing® method showed that 22% of participants had cesarean sections. The average rate in the region the participants were from (Sydney, Australia)  was 38%.

A Reduction in Post-partum Depression

In a study by Harmon et al from 1990, there was a reduced incidence of depression in the women who had been taught hypnosis for their childbirths.

A Reduction in Tension, Fear, and Anxiety

In a study by Abbasi et al in 2009, a group of women who received hypnosis training during labour gave feedback on their experience. The women described a decrease in fear, a lack of tiredness, a lack of suffering, self-confidence, and a lack of anxiety. Their births were perceived as being very satisfactory compared to their previous experiences.

Hypnobirthing has grown in popularity over the years because it is a simple approach to childbirth that is backed by positive feedback from thousands of women from all over the world. The anecdotal reports from these women are backed by science too, with a number of randomized control trials showing how effective hypnobirthing can be.

Whilst more studies would be great, women who are interested in hypnobirthing should feel confident that their efforts in learning hypnobirthing can result in a far more positive birth experience.

There are also benefits to hypnobirthing that are hard to prove in scientific studies. For example, reports from participants of a HypnoBirthing® program in the United States showed that having a birth partner involved in the process was one of the things they enjoyed the most. 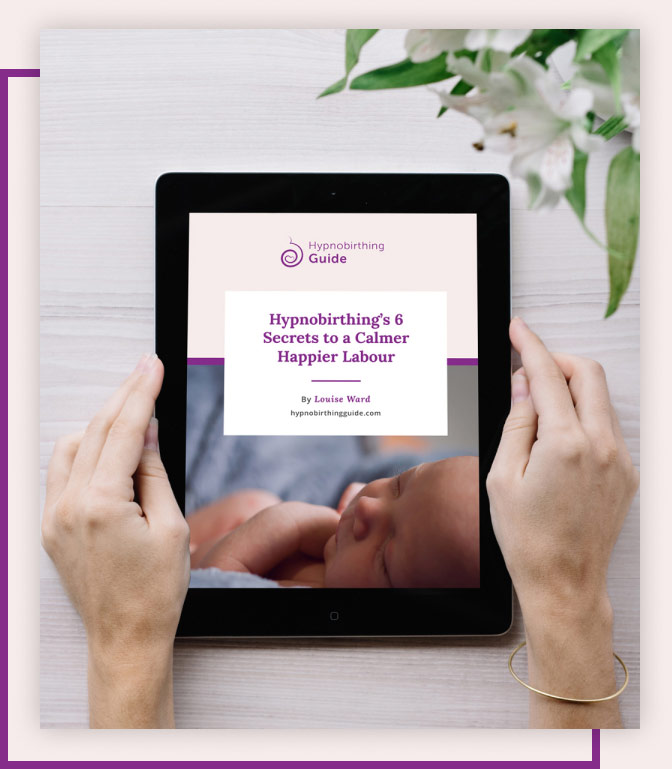